We’re excited to announce that we have a new member in TutoTOONS Barcelona team – please welcome Maria and enjoy reading her story! 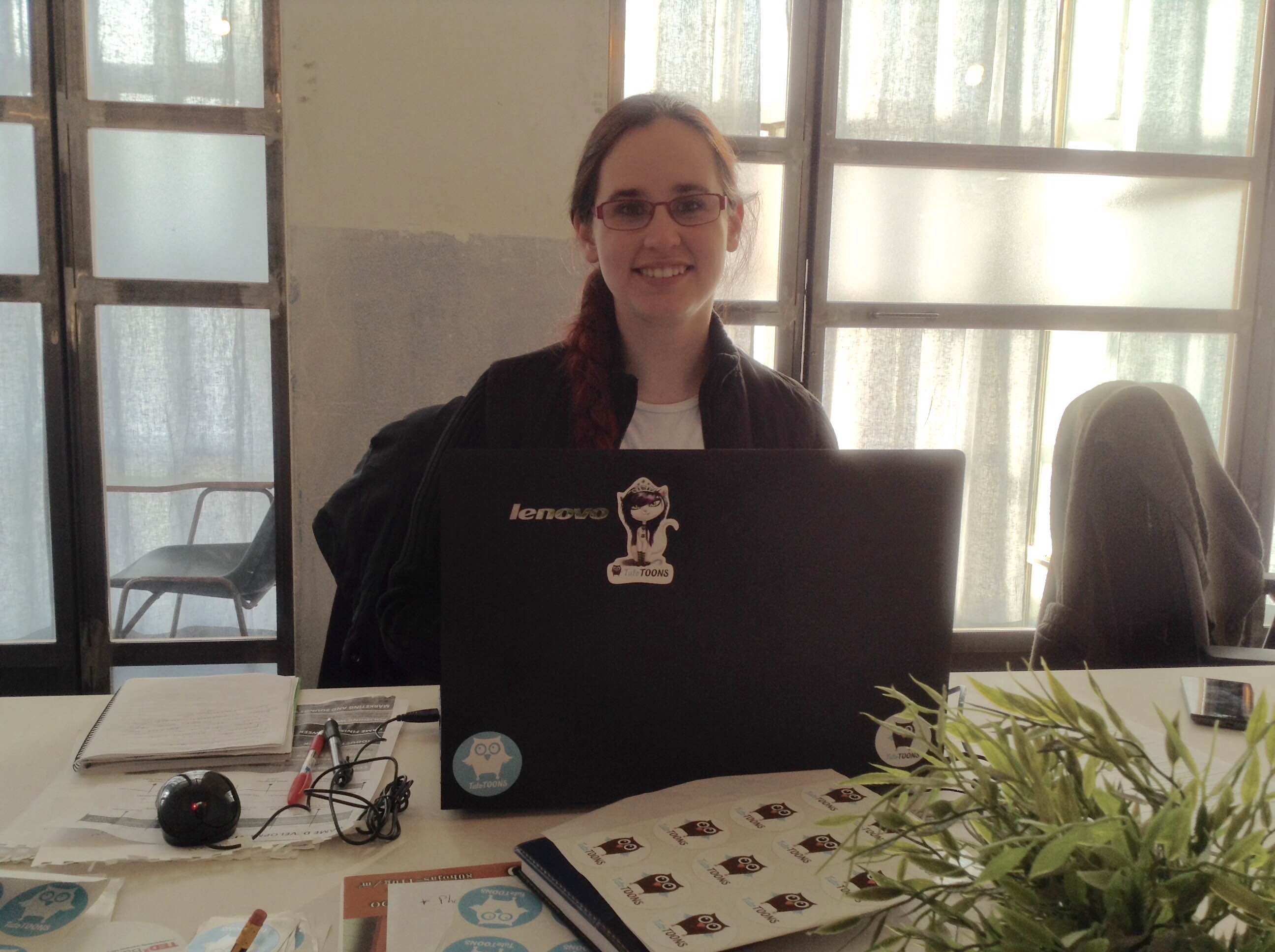 I’m María Fernanda Díez Huerta, or María Díez, or Nany, as friends call me. My name is so long because I’m Mexican! and that’s kind of normal over there. My family is Spanish though; my grandparents moved to Mexico from Spain because of the Civil War, so I have both nationalities.

I’m 30 years old and I’ve moved around quite a lot! My stepfather is Dutch, so when I was 15, the whole family moved to The Netherlands. Later on, we moved to Ourense (Galicia, Spain), and then I went back to Mexico while my family moved to Barcelona. After 2 years, I joined my family in Barcelona and 10 years later, here I am! My family however, moved back to Holland and back to Mexico. It’s a bit of a chaos 😛 but we all manage to stay in touch.

I started studying a BA in Audiovisual Communication in Mexico while my family was in Barcelona. I decided to visit them but when I arrived I had the bad luck of getting a thrombosis when I was 20 years old, so I couldn’t take a plane in a long time. Therefore, I had to stay in Barcelona for a while and I studied a 1-year programme in Sound Engineering and Audiovisual Post-production, as well as an online course in Production for TV, Radio and Film.

After that, I met my now husband, and decided to stay. I studied a 1-year program in Visual Design and then I studied Sound Engineering and a BA in Audiovisual & Recording Arts. During these years, I learnt a lot not only about sound, but post-production, image editing, art, animation, film and new media, including video games.

I’ve always been in love with animation and video games, and I come from a family with painters, singers, musicians and graphic designers. But even if I kept trying to get into any of these industries, the unemployment rate in Spain got massive and it was very difficult to get a job anywhere. In the meantime, I studied a short course in Game Design, and was lucky to work for tech companies where I could manage creative projects and learn how to adapt to fast-paced environments.

After more than 3 years of working at Booking.com, first as a Content Editor and then as a Photo Specialist, I got a job as a Production Assistant at Ilion Animation Studios in Madrid, one of the largest animation studios in Europe. I had the amazing experience of collaborating on a film with Paramount Pictures, called Amusement Park (to be released in 2016). After a couple of months, I came back to Barcelona and one day I found out about an online games’ company called TutoTOONS and that they were looking for a Game Designer, fortunately with a hybrid background like mine. I felt a huge hunch that I had to apply and after several interviews and meetings with TutoTOONS co-founder Damien Bruneau, I got hired!

I’m really loving it so far. I really like anything production-related and this job is half Game Designer, half Producer. I particularly enjoy being in contact with such talented artists and help them polish their art to produce a fantastic game which will be enjoyed by many children (most likely girls) all over the world. I’ve only been here for not even 3 weeks, but so far, so good, and Damien gave me a very good training. I would really like to grow on a role as a Creative Producer, coordinating all the creative processes involved in our games. But who knows what the future might bring! It seems pretty bright at the moment, and a good place to be right now. For now, I can only do my very best, because feeling that you’re a part of something that you believe in, that you enjoy and that you can witness its growth, it’s amazing.

Completely changing the topic, I love doing Yoga and I danced classical ballet for many years. I’m in love with ballet and will start dancing again after a 2-year pause as soon as I can. Of course, I love video games and animated films. I go to the movies as often as my wallet allows it and I possibly watch a film per day. I play social games on my iPad and every weekend my husband and I get together with friends to play Street Fighter, Mortal Kombat, Soul Calibur or listen to music, my second biggest passion. I’m also a YouTube-addict & makeup junkie. Everything that has to do with color, rainbows, glitter, Halloween and unicorns, fascinates me 🙂 Oh! and I’m also gluten-free and don’t like cheese (that’s as rare as someone saying they don’t like chocolate), but I can bake really good desserts. I think that’s it!