This blog post sums up our short trip to Bulgaria to battle in the worldwide startup competition. If you need a little reminder how we became the national winner of Lithuania and got into GITR14, read about TutoTOONS victory at SV2B Startup Battle.

On a windy Saturday evening, we left Vilnius for Warsaw. Our quest to Get in the Ring Eastern Europe 2014 regional final begins! 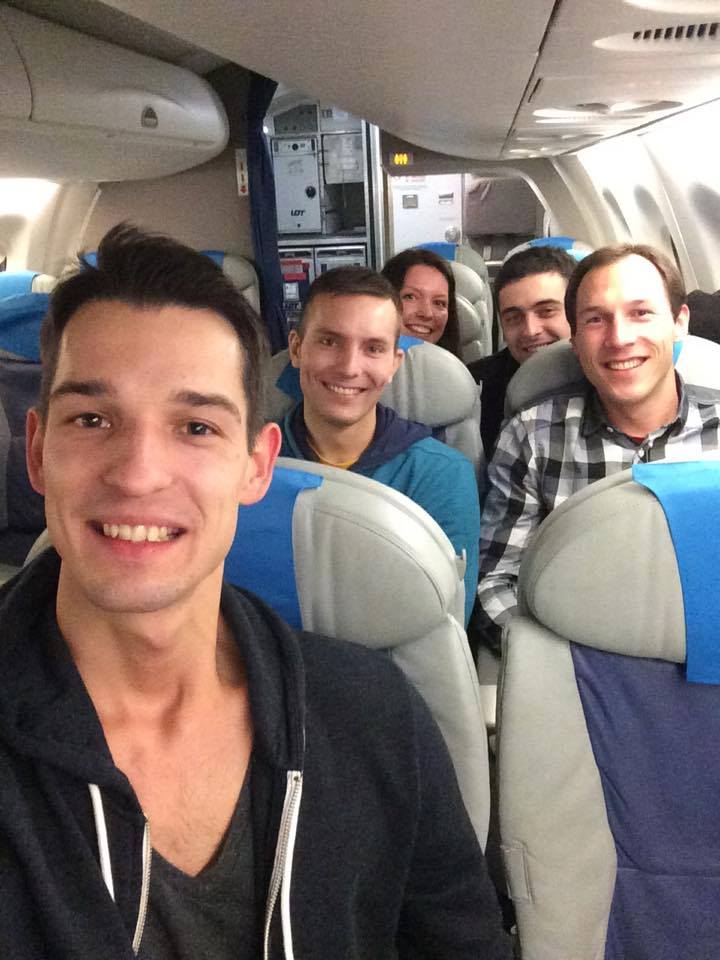 The flight was short, only 10 people on board (almost a private jet!) and here we were – strolling in the central streets of Warsaw. The Polish capital is serious about winter holidays – just look at that massive gift! 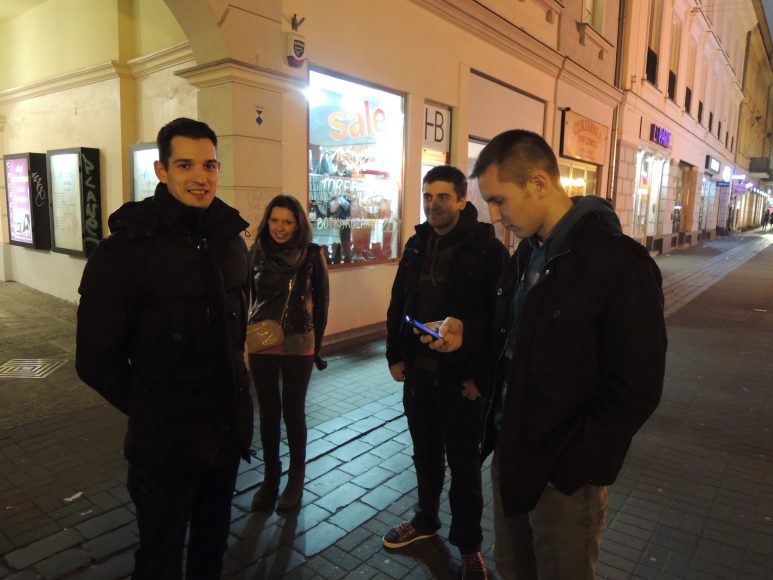 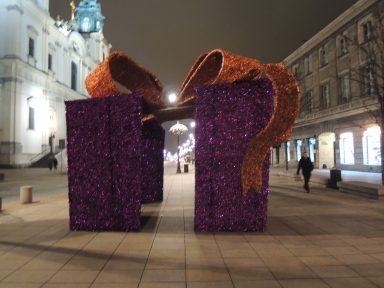 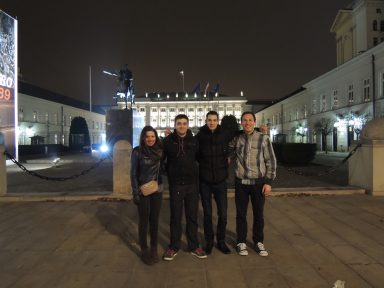 In the morning we were all set and ready to go to Chopin Airport and catch a flight to Sofia at 11:15 (local time). Just a couple of hours up in the sky and we reached the capital of Bulgaria, surrounded by majestic chains of mountains (too bad we didn’t have enough time for a hiking tour).

Later that day we had a chance to meet the awesome ABLE team who hosted the whole GITR EE event, members of the jury and, of course, the other finalists, all representing different countries and ready to battle for the name of the best Eastern European startup.

The networking party went great! We really enjoyed the opportunity to show how to create a game with TutoTOONS and learn about the best startups in this region directly from their founders. Thumbs up, guys!

We also learned that TutoTOONS brought the biggest support team! 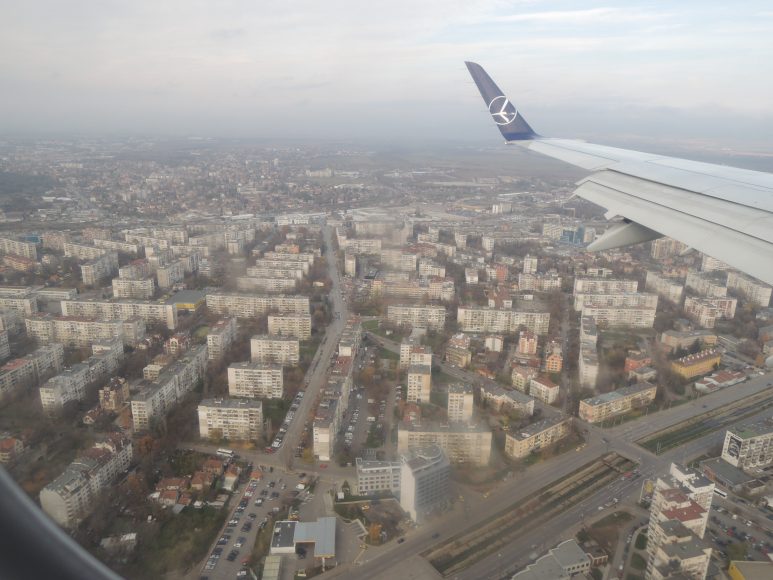 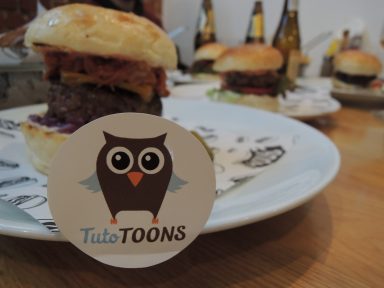 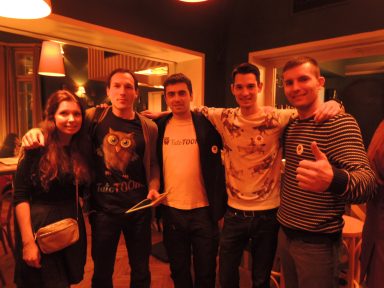 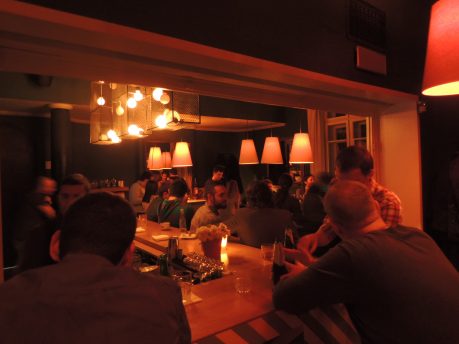 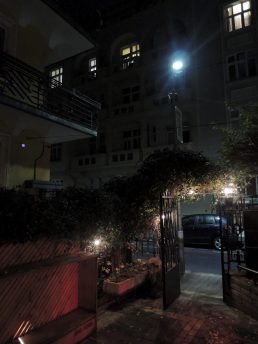 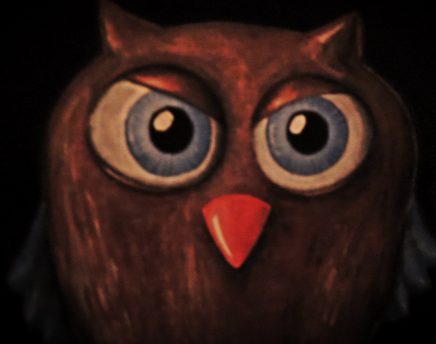 The big day has finally come! Still, plenty of time to practise TutoTOONS pitch and take a free tour around Sofia. 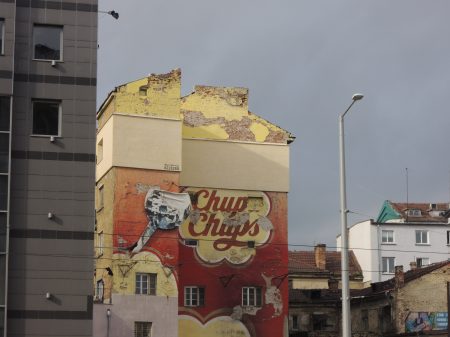 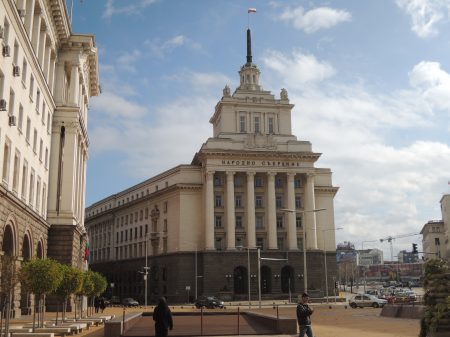 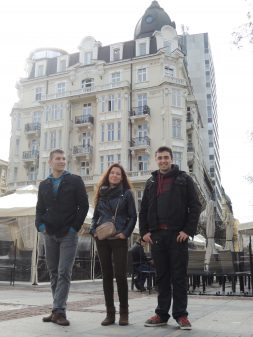 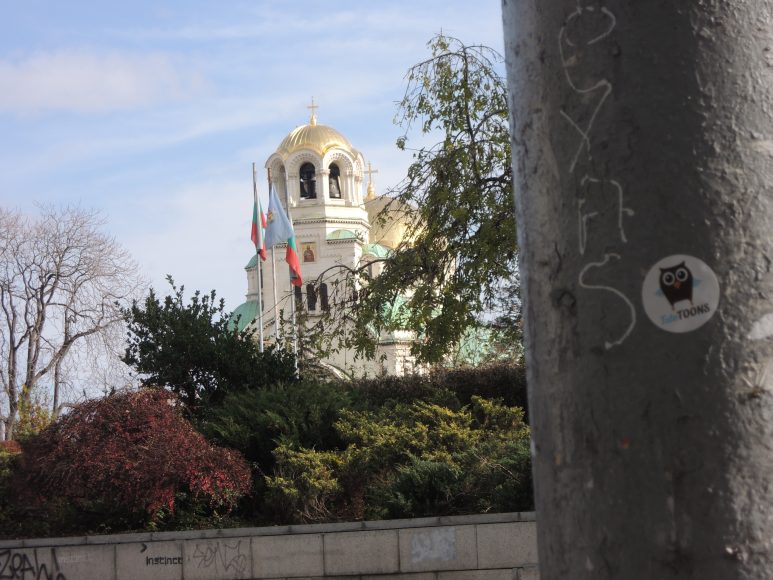 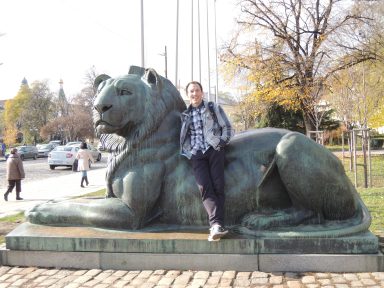 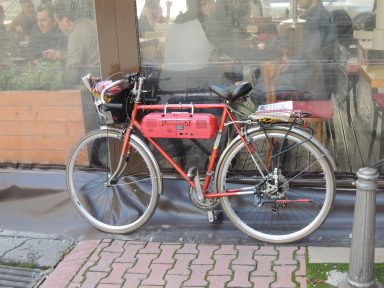 Before the event, all startups had a dry run to get used to the stage and set the mood for battling. 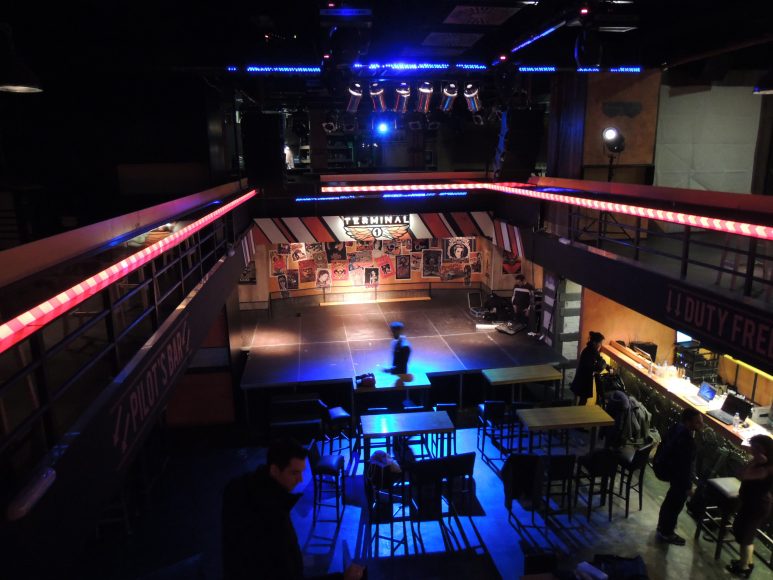 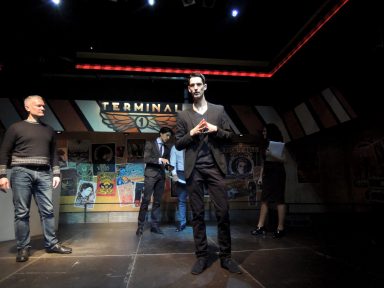 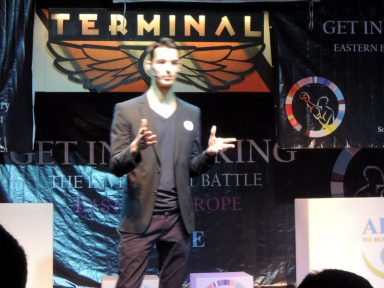 During the GITR14 Eastern Europe final, 12 startups competed in 6 battles (the winner of the battle is in bold). 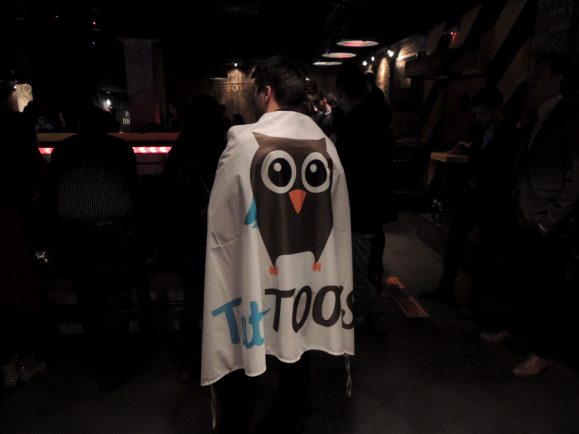 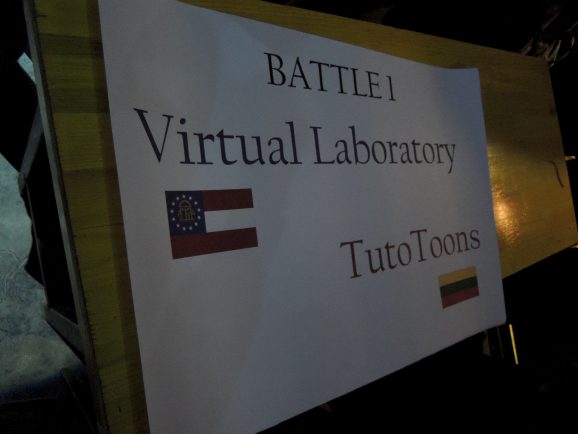 When the battles were over, the jury made their decision. The winner of GITR EE 2014 is… 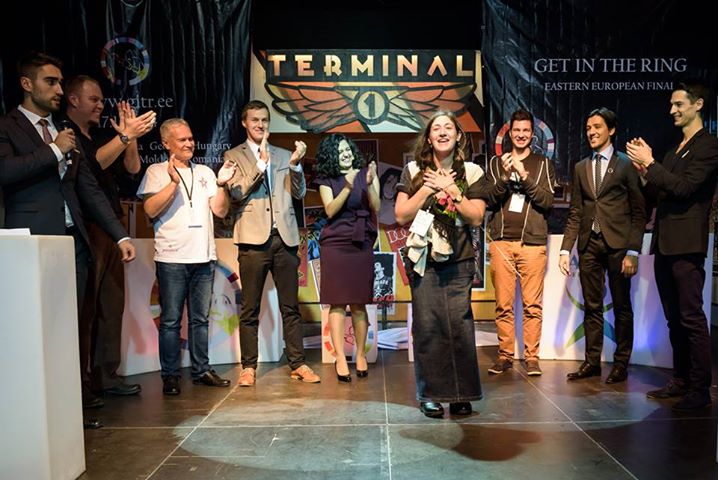 Congratulations and a round of applause from TutoTOONS for Geta, the founder of Choo Choo Baby Carrier! Good luck during the International final in Rotterdam!

The journey back home took us more than 12 hours (door-to-door). Free time between connecting flights is perfect for building something… with LEGO! 🙂 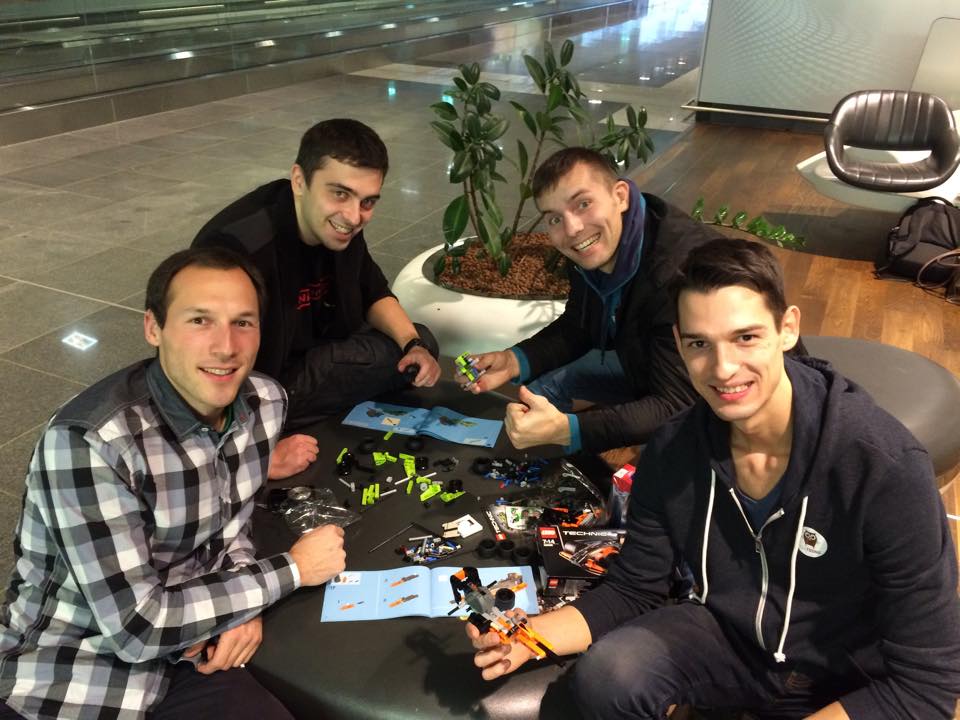 As our trip and this blog post are going to the end, we want to thank for all amazing people that we’ve met during our short stay in Bulgaria.

We are very happy to know that you like TutoTOONS. Many thanks for all your support and good luck with your startups!

Watch the awesome Get in the Ring Eastern Europe 2014 Final aftermovie here: youtube.com/watch?v=gqnUrMyOP3A

Once more – many thanks to ABLE Bulgaria team for being the best hosts and Creative Visual Solutions for awesome photos and video!